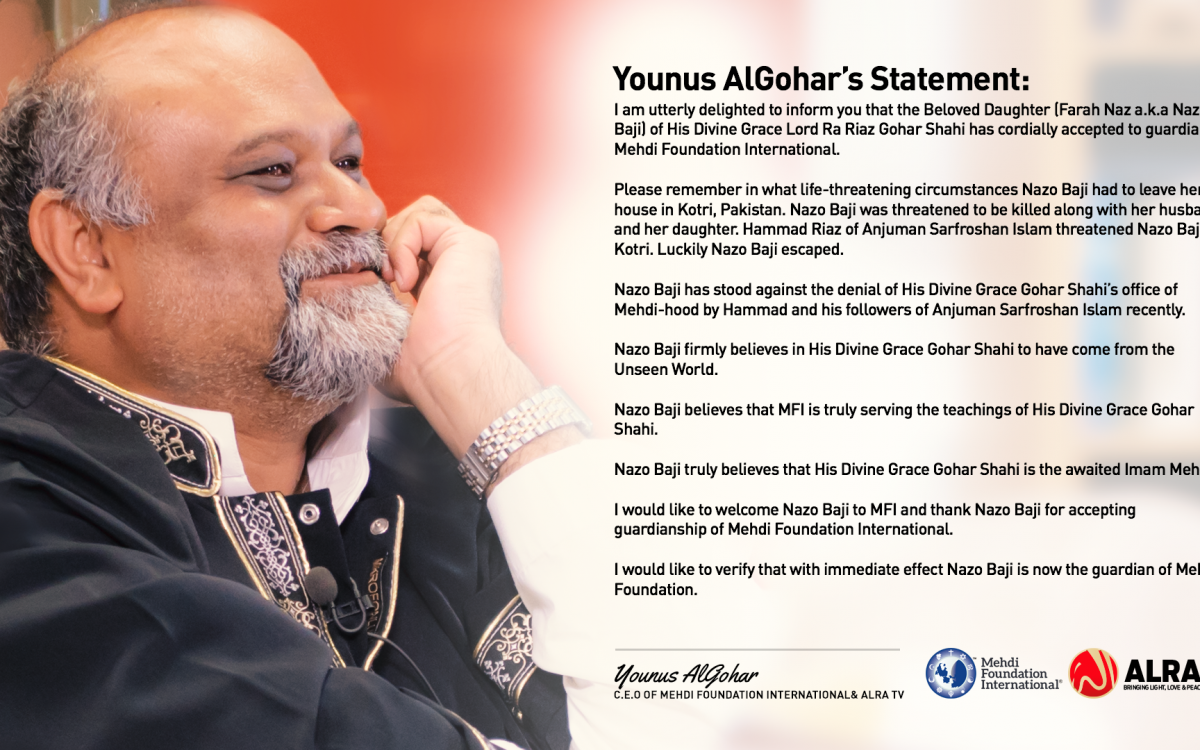 I am utterly delighted to inform you that the Beloved Daughter (Farah Naz a.k.a Nazo Baji) of His Divine Grace Lord Ra Riaz Gohar Shahi has cordially accepted to guardian Mehdi Foundation International.

My name is Farah Naz. I am the daughter of His Divine Eminence Gohar Shahi. What I have learnt in the company of my father, the spiritual truth that HDE has rendered in ‘Deen-e-Ilahi (The Religion of God)’ – I have seen the reflection of that knowledge in Mehdi Foundation International and I truly believe that MFI is following HDE Gohar Shahi’s teachings.

The teachings of my father, HDE Gohar Shahi are not for any particular religion. The message of God’s love is for all humanity. This is the very reason that my father was invited to speak in Hindu temples, Gurdwaras, Churches, Synagogues and Mosques all over the world.

I saw this message to be the theme of MFI and as a result, I was oppressed by my brothers. I promoted this message undercover and kept my identity hidden.

The CEO of MFI, Younus AlGohar, on numerous occasions, requested that I take up the Guardianship of MFI; however, due to the fear of my brothers, I remained silent.

A few months ago, my brothers announced that they reject that my father is the Awaited Imam Mehdi.

I had to take a stand against this atrocity against the truth. Thus I announce that I cordially accept Younus AlGohar’s invitation to become Guardian of Mehdi Foundation International.