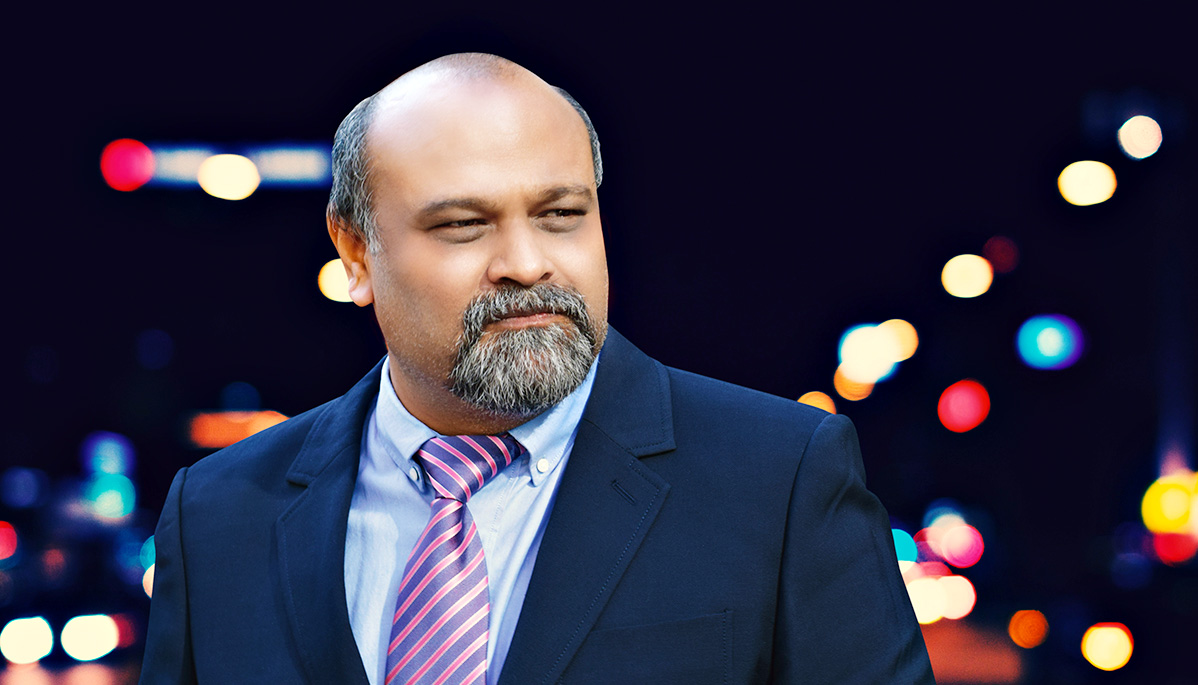 Younus AlGohar is a peace activist and spiritual leader who advocates tolerance, divine love and interfaith harmony. He is the CEO of Messiah Foundation International, an interfaith organisation which aims to raise awareness of universal spirituality that caters to all humanity. He has earned high praise for his efforts to root out religious extremism.

Mr AlGohar grew up in Karachi, Pakistan, where he practised Sufism (Islamic mysticism) until he met his spiritual guide, Lord Ra Riaz Gohar Shahi, who taught him a form of spirituality not confined to any religion. He became a close disciple of Lord Ra Riaz and embarked upon his Spiritual Journey utilising Lord Ra Riaz’s unique principles of spirituality. Lord Ra Riaz appointed Mr AlGohar as his sole representative as he set out to take the message of divine love and interfaith harmony to all four corners of the globe. By promoting the core of all religions, divine love, Younus AlGohar manages to transcend all religious boundaries and unite people from all walks of life.

Younus AlGohar has earned multiple degrees from Karachi University and Manchester University such as master’s degrees in Organic Chemistry, Islamic Studies and English.

He began a campaign to de-radicalise the British Muslim Youth by educating them with the Sufi interpretation of Islam, aptly named ‘Young Sufis of Great Britain.’

He has delivered a multitude of lectures in both English and Urdu on the subject of Wahhabism, Salafism and other hate-mongering elements in Islam, offering practical solutions to curb terrorism. His approach includes promotion of spiritual knowledge to arm adherents of religions with the ammunition required to combat hateful ideologies.

The Croydon London Borough Council recognised his extraordinary work with the ‘Mighty Men of Valour’ award in 2007. Dr Sun Myung Moon of the Interreligious and International Federation for World Peace also declared him an ‘Ambassador for Peace.’

Messiah Foundation International works in countries like the United Kingdom, the United States of America, Canada, Australia, South Korea, Japan, Thailand, Pakistan, India, Sri Lanka, Bangladesh and Greece. They invite the public to free meditation sessions, dispense literature regarding spirituality, and carry out spiritual healing without discrimination. They aim to provide a platform where people of all religious backgrounds can gather in harmony to discuss divinity. All services rendered by Messiah Foundation International are completely free of charge.

Younus AlGohar travels the world with Messiah Foundation International to raise awareness of the importance of spiritual knowledge regardless of religion. With the spiritual power invested in him by Lord Ra Riaz Gohar Shahi, Mr AlGohar offers free spiritual healing for ailing seekers of the path. He also gives lectures in different religious worship-places while on tour.

Many newspapers in different countries have published Younus AlGohar’s interviews and commended his work. He has inspired people of all ages and all backgrounds to take a practical, tolerant approach towards spirituality and religion with the help of the mystical doctrine he advocates.