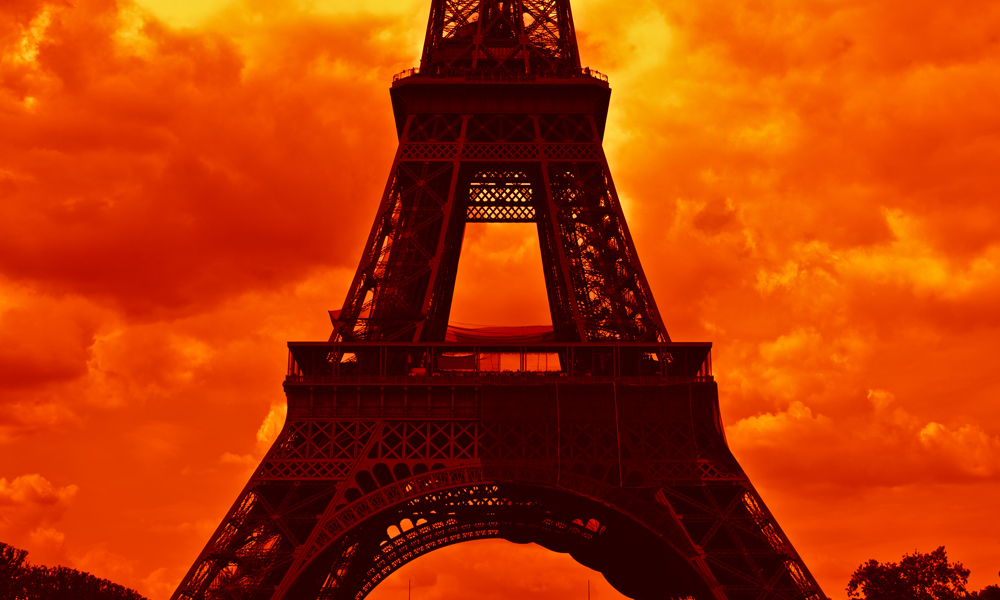 I am speaking in the wake of the tragic event which took place in Paris whereby 129 people were killed by the enemies of humanity, ISIS.

We are in dire need today to promote ideologies of love and peace. Today, we need spirituality and love not religions. We do not need extremism or fanaticism.

Terrorism is the result of fanaticism and extremism.

Those who are carrying out these atrocities all over the world are the ones who follow the wrong interpretation of the religion. Not only this, but at the same time they have entwined their personal agenda and carnal desires with the wrong interpretation of the religion. As a result of this, they have now become a global threat.

The peace of the world is at a greater risk. Innocent people are being killed all over the world and now in Europe as well.

It is not just the government who will take care of this issue. Every single citizen of the world has a role to play. The first and foremost that one is to play today is to be able to recognise the roots of terrorism

You must be aware of the source and motivation from which this brutal ideology of terrorism is emerging.

Terrorism has no religion. Those who are carrying out these atrocities are the people, the master of whom is their own desires and their own evil self.

No religion on earth taught terrorism. The core of every religion is divine love.

When a religion ceases to provide its followers with divine love, that religion does not exist anymore.

Terrorism has been found in almost every religion once the religion has been deprived of the spiritual touch.

The Role of Spirituality Today

It is very easy to say, ‘Love God, love your neighbour,’ but had it been that easy, everybody would have been able to do it.

His Divine Eminence Lord Ra Riaz Gohar shahi has given a spiritual application, a practical methodology and a unique doctrine in the presence of which one will not need any religion to follow.

You will recognise those also who are looting and plundering innocents and who are carrying out massacre and carnage of innocent people.

The Responsibility of the Public

Every single individual will have to play a role in combatting the evil ISIS. It is not Islam who promoted terrorism; it is the people who claim to represent Islam; however, they do not follow Islam.

Islam is not a threat; what threatens the global peace today is the presence of ISIS and likewise organisations who promote terrorism.

At the same time, it is not just ISIS that the world communities will have to fight against. Somebody is working behind the walls who is the sponsor that supports ISIS and all other terrorist organisations in the world financially, ideologically and morally.

I was tweeting about the Paris Attacks. I was completely taken aback when I saw that many Twitter IDs were celebrating the massacre of innocent human beings. They are those who support terrorists.

If you sit at home quietly and you take it for granted that the government will do something about it, then I am afraid that one day, you will become a target. 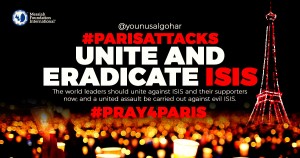 Let the government do what the government is doing, but as an individual you will have to participate in at least recognising these animals, these enemies of society and humanity.

The Role of the Government

One of the people who attacked on Paris was a French boy who recently was released from jail. In the jail, he was radicalised.

We have to see what is going in prisons in France and other countries of Europe.

We have to watch out for anyone who may be preaching hatred in the prisons.

We have to keep an eye on all the inmates in the United Kingdom, the United States of America and Canada. We need to know what is happening in the mosques and in other places of worship.

Somebody may talk about the Quran and Ahadith and say, ‘We are not hate preaching, we are simply propagating our religion.’ But we must infiltrate somebody who knows the religion.

We need someone who can tell [those unfamiliar with Islam] whether or not, under the banner of the religion, the interpretation of the Quran being given to people is that of radicalisation.

In order to stop brutal killing of innocent people all over the world, the world leaders must sit together come up with a global strategy.  The entire community should stand united and combat the evil ISIS. 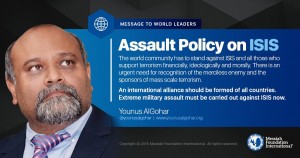 Younus AlGohar is the CEO of Messiah Foundation International and the representative of Lord Ra Riaz Gohar Shahi. Read his statement about ISIS for world leaders here.